The Roman Catholic Diocese of St. Petersburg was established on June 17, 1968, with territory taken from the Diocese of St. Augustine and the Diocese of Miami. It is a suffragan see of the Province of Miami along with the Dioceses of St. Augustine, Orlando, Pensacola-Tallahassee, and Venice. Situated on Florida's west coast, along the Gulf of Mexico, the diocese covers 3,177 square miles in five counties: Pinellas, Hillsborough, Pasco, Hernando, and Citrus.  The principal cities of the diocese are St. Petersburg, Tampa, and Clearwater.  The diocese serves a total population of approximately 2,900,000, of whom over 425,000 are Catholic.*

Learn More About the Diocese of St. Petersburg

St. Lawrence Catholic Church In 1958 a young priest, Father Laurence Higgins, was assigned to the mission area of Tampa, Florida, to open a new parish. After offering Mass in a high school, Army Reserve Center and Civic Center for 200 families, Father Higgins began the drive to build a temporary Church on the 20 acres at Hillsborough and Himes Avenues, which was then a cow pasture. The Provisional Church was completed and dedicated in 1961. In the ensuing years efforts were concentrated on building the Parish school, which opened in 1961 with four classrooms and a total of 91 students. The parish celebrated its' 50th Anniversary during the year of 2009.  The celebration included a Mass at Hillsborough High School (the site of the first Mass), a school alumni reunion at our anniversary parish picnic, a founders and early parishioner luncheon, a Mass of remembrance of deceased parishioners, and an anniversary Mass that was celebrated by Fr. Robert Morris, Vicar General of the Diocese of St. Petersburg, presided over by Bishop Robert Lynch, and concelebrated by Monsignor Laurence Higgins, Fr. Tom Morgan, Fr Cripsin Keating, Monsignor Brendan Muldoon, Fr. George Malekial. Fr Jamie Diaz, Fr. Robert Schindler, Monsignor Diego Conessa, and Fr. Jose Gonzalez. The Mass was followed by a Banquet in Higgins Hall which included a slide show of the history of the parish, comments by Monsignor Higgins, and a presentation of thanks to the Sisters of St. Clare and to Polly Murray.*** 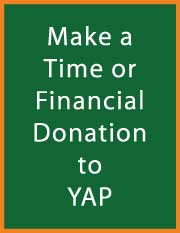